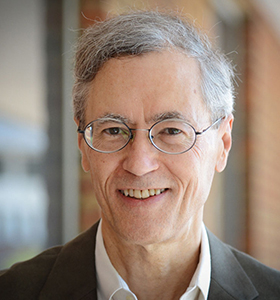 Timothy D. Wilson is an American social psychologist and writer. He is the Professor of Psychology at the University of Virginia and teaches public policy at the Frank Batten School of Leadership and Public Policy. He is known for his research on self-knowledge and the influence of the unconscious mind on decision-making, preferences and behavior. He is the author of two popular books on psychology, Strangers to Ourselves: Discovering the Adaptive Unconscious and Redirect: The Surprising New Science of Psychological Change.

His work has received numerous awards, including an All-University Outstanding Teaching Award from the University of Virginia in 2001, as well as the Thomas Jefferson Award for Excellence in Scholarship in 2015. In 2013, he was the recipient of the Society for Personality and Social Psychology's Donald T. Campbell Award, and in 2015 he was named a William James Fellow by the Association for Psychological Science.